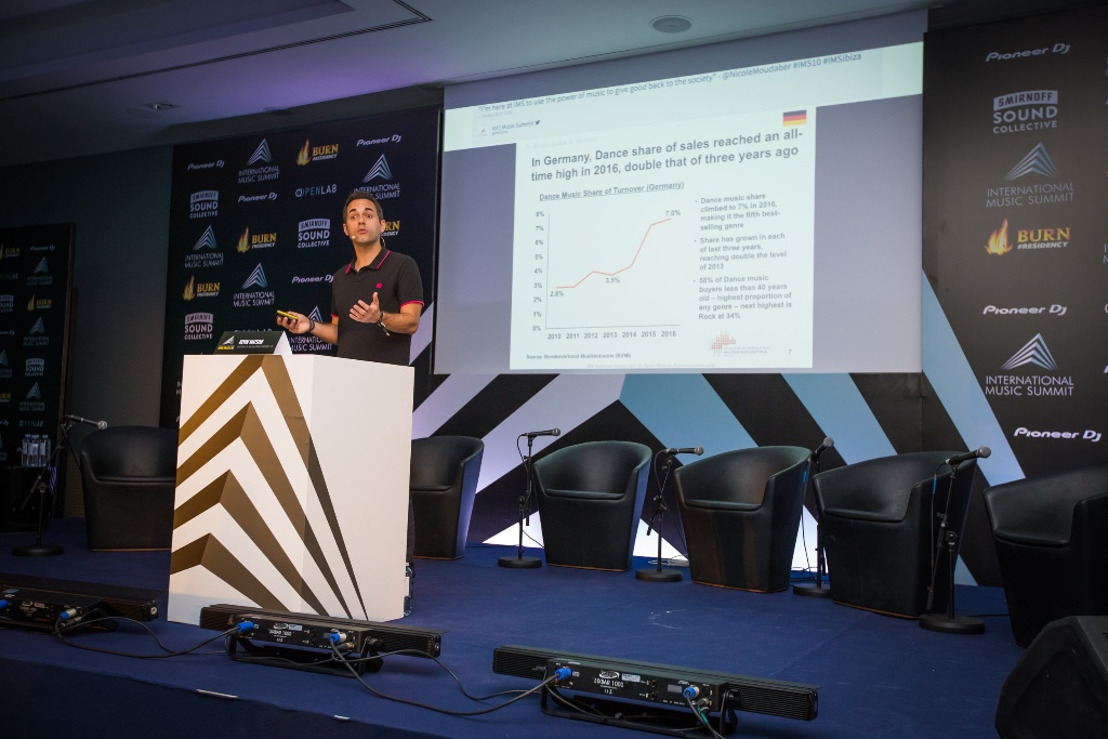 Delivered directly to the key leaders in the music industry here at IMS Ibiza, Kevin Watson, author of the annual business report has clearly shown positive indicators for the industry as a whole.

Some of the main points included:

In Music Sales and Genres, Dance music sales up across all formats in the USA, now 5th most popular genre. Germany at all time high with Beatport returning to profit and techno remaining the biggest Beatport seller. Drum and Bass also experiences incredible growth, an exciting indication of a renaissance for that sound.

DJs and Live Acts.  Forbes electronic cash kings survey fell by 1% in the last year with top DJ earnings down however with lower ranking DJs growing their revenue streams.

New evidence of trends within social media were clear with many of most popular DJs growing their followers considerably faster on Instagram than Facebook at an astonishing 11x the rate, suggesting DJs are making the most impact on Instagram.

Chart topping electronic act, The Chainsmokers have grown their socials massively over the last year adding 28K followers a day.

•    Gender diversity remains a key focus with study of festival line-ups showing only 17% of artist to be female.

The IMS Business report also took a view on the industry over the last 12 months highlighting Ministry Of Sound Recordings & Sony merger + Pacha acquired by Trilantic for Euro 350 million. Other players entering market with great investment.

•  Clubbing brand Elrow is set for most successful year ever after investment from Superstruct Entertainment, with their biggest UK event planned at Olympic Park London for 2017.

•   Dance Music is at forefront of technology trends with VR, virtual festivals, livestreaming and live streaming in 360.

•   IMS’s decade in the industry shows dance has grown as a genre over the last 10 years, with 25x more tracks available for you to buy on Beatport since 2007.

•   A decade ago Nielsen did not report dance as a separate genre in the USA now it has achieved 5% share of total tracks.

•  DJ Mag data shows and average age of most popular djs now lower than a decade ago and three biggest events have quintupled capacity since 2008.

•  DJ gear sales have grown at 2x rate of that of guitars in the US, with Pioneer expected to sell more than 4 million units in 2017, 3x more than 10 years ago.